This release brings many new feature and performance improvements. For more details see the official Photon Plan and the New & Noteworthy. The biggest features are Java 9, Java 10 and JUnit 5 support. Version of Eclipse does not support 32-bit systems; download an older version (Photon or 2018/09, 4.9) for a 32-bit system. Under Windows, you will download a zip file, for example, eclipse-java-photon-R-win32. In eclipse, workbench (desktop development environment) is a window instance of IDE.

Perhaps, Eclipse is the most widely used Integrated Development Environment (IDE) for building Java applications. Whether you are new to Eclipse or an existing user, this lesson will help you understand more about this programmer’s favorite tool.

The Eclipse IDE has a very long development history. In November 2001, IBM created the Eclipse Project to implement a Java-based IDE that supports development of embedded Java applications. The initial version of Eclipse derives from Visual Age - a multi-programming language IDE from IBM.In January 2004, the Eclipse Foundation was established as an independent not-for-profit corporation to transparently develop the Eclipse Project as an open and vendor-neutral product.Originally created for developing a Java IDE, the Eclipse Foundation is now developing a wide range of development tools that support many programming languages: C/C++, PHP, Javascript, Python, Rust…However Eclipse is best known as the most widely used IDE for Java development.Because the Eclipse Foundation releases many packages for different programming languages and different domains, in this course the name Eclipse or Eclipse IDE refers to the package Eclipse IDE for Java EE Developers. And as Java programmer, you use this package most of the time.For me, I started using Eclipse in 2004 - Eclipse 3.0 with JDK 1.4.Eclipse is free and open-source, which means you can use it at no cost and access its source code if needed. Today, Eclipse is the most widely used IDE for developing Java applications, with millions of programmers using every day. The homepage of Eclipse is eclipse.org. 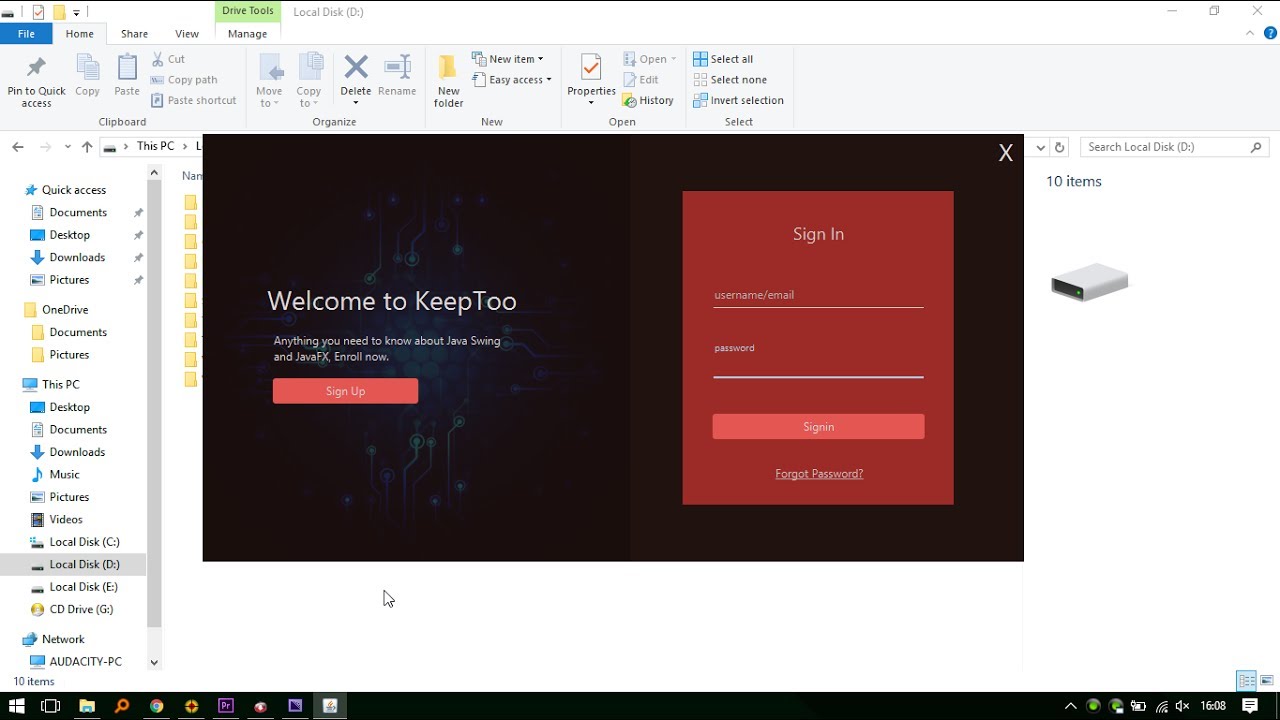 2. What programming language is used to make Eclipse?

Eclipse IDE is written mostly in Java and some native parts are written in C/C++. Eclipse can run on major operating systems like Windows, Mac and Linux. So if you are using Eclipse IDE, you are actually running a Java application! 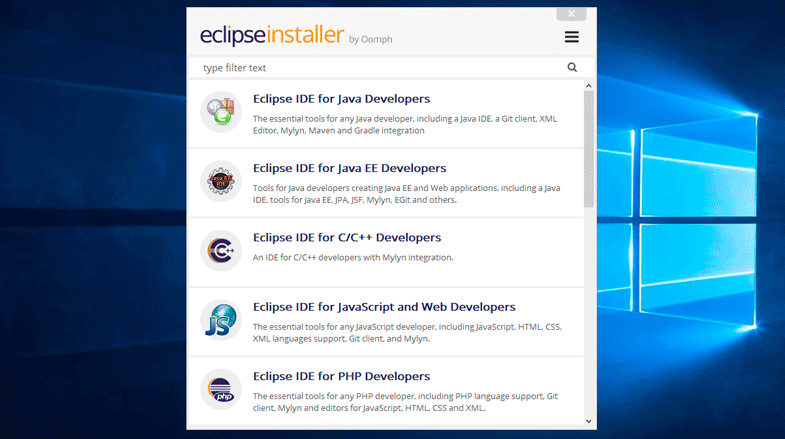 3. Who are developing Eclipse?

According to Eclipse Foundation, there are currently more than 1,500 “committers” involving in the development of Eclipse. They are developers from all around the world, working as volunteers. A committer is nominated by an existing committer and he must pass a strict voting process. That means it is not easy to become a committer and being a contributor to the Eclipse project is a proud.Thanks to those committers who have been working hard to bring to us a great tool for developing Java applications - freely and joyfully.The Eclipse Foundation is run by members from various companies and organizations. Here to name a few: Oracle, IBM, Fujitsu, Redhat, SAP, Google, Airbus, BMW,… and some universities.And these members fund the foundation, and the Eclipse Foundation also welcomes donation to support its development.

I recommend you to use this package of Eclipse IDE as it provides necessary tools for developing almost any kinds of Java applications (except for mobile apps, you need to use Android Studio).Note that Eclipse also provides a “cloud” IDE (Eclipse Orion) that runs in a web browser and your projects are hosted on its server. And the Eclipse IDE for Java EE Developers run on desktop.

Eclipse has a long history of development so it has been evolving over many versions. Eclipse uses interesting naming for its versions, mostly based on astronomy scheme: Juno, Kepler, Luna, Mars, Neon, Oxygen, Photon…and the latest version uses different naming scheme, i.e. month-year format: Eclipse 2018-09.Though evolving over many versions, the key concepts, structure and working of the IDE remain unchanged. Mostly new features and improvements were added.If you are new to Eclipse, I recommend you to read these two tutorials next: 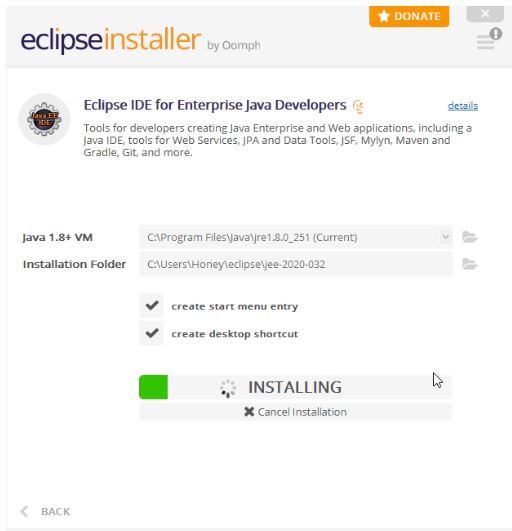