The IS-3 is a rank V Soviet heavy tank with a battle rating of 7.3 (AB/RB) and 7.7 (SB). It was introduced during the closed beta testing for Ground Forces before Update 1.41. The IS-3 keeps the same D-25T gun as its predecessor while drasticallyupgrading its armour without hindering mobility too much. Anyone familiar with the IS-2 and IS-2 (1944)will sit comfortably behind the driver's controls of this b. In War Thunder, the IS-3 is the Soviet Era V heavy tank. It has a Battle Rating currently of 7.0 in all game modes. Python datetime gmt. The main armament of the IS-3 is the 122 mm D-25T tank gun, the same type as the IS-2 and the IS-2 Mod. The main difference; however, is the ability to fire the B-471D APCBC shell. Mar 11, 2017 there was a time when is3 was to good for fight vs 6.7 tanks, but that time was longggggggg ago, after the patch that change the turret ring and make the is3 shot trap the biggest one in game, any long 88mm and 90mm can kill it w/o problem, is3 should be 7.0 indeed, t32 its much harder to kill by apcbc 6.7 tanks and it sit at 7.0. The IS-3 is hot ass. The IS-4M however is a decent specialist tank (good in max downtier, on city-style maps). If you see someone playing the IS-3, let them rotate their 0.1 degree/sec turret to face you and at least get a pity shot off before you blow them back to the hanger where they belong. The IS-3 is a bit of a gamble. If you are top BR, you can be the most dangerous threat in the match with very good armor and the deadly 122mm D-25T. Though if put in a higher BR match, the gun lacks and armor will NOT save you. The slow reload is what often gets you killed.

Shortly after IS-2 tanks started to roll off the assembly lines in 1943, the Soviet engineers quickly began drawing up plans for a new heavy tank, destined to replace the IS-2 in service with the Red Army in the future. In late 1944, after encounters with the Tiger II tank, the need for a new heavy vehicle became even higher. The new tank, now known as the Kirovets-1, would have to feature a strengthened hull and turret front, as well as having the same weight and dimensions as the IS-2. Two design bureaus bitterly competed to create the new tank – the Design Collective of the No. 100 Plant led by Zhozev Kotin, and the Design Committee of the Chelabinsk Tank Factory, led by Nikolay Dhukov. Both teams of engineers came up with different ideas – Kotin's project featured a new hull shape, with angled frontal hull plates forming a 'beak' designed to increase the effective armour thickness without the need of thickening the armour plate itself. 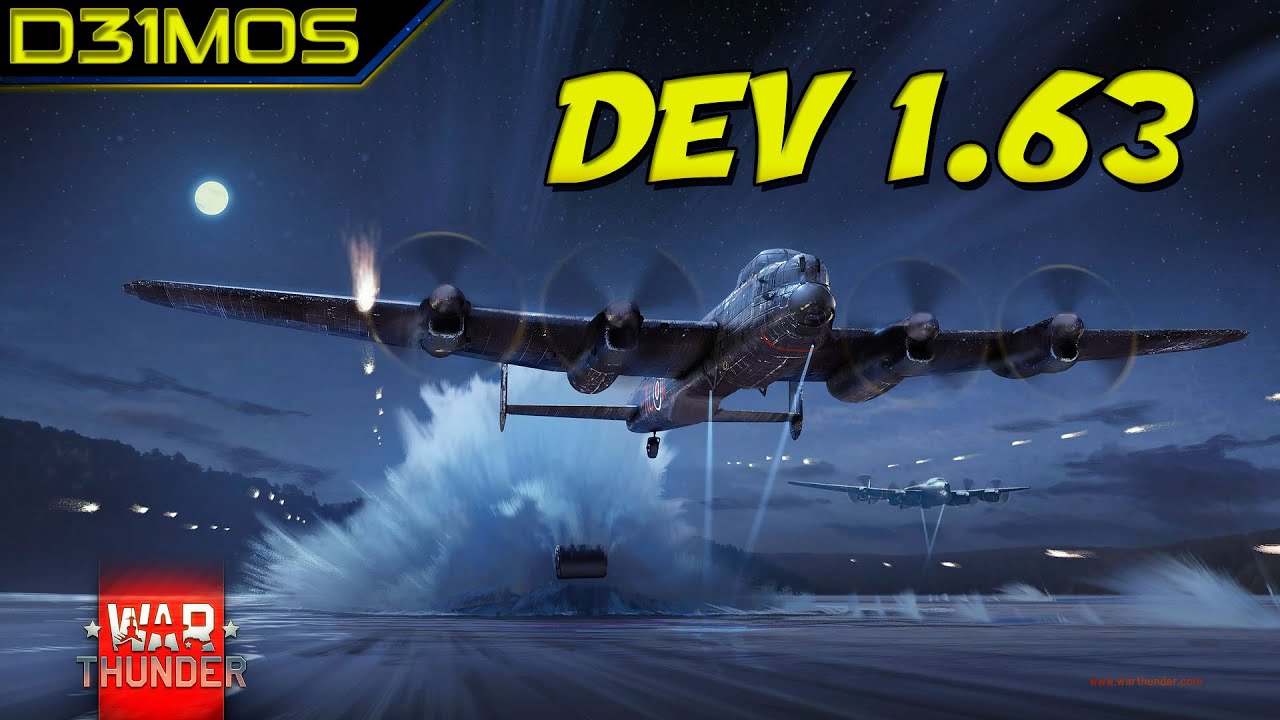 The design submitted by the Chelabinsk factory featured a rounded turret, reminiscent of an 'inverted frying pan'. In the end it was decided that the new tank would combine both features. The first prototype of the new vehicle, designated as the Object 703, was completed in October 1944. After testing, it was quickly ordered into serial production. However, many tank factories were still producing the IS-2 and found it hard to readjust to producing a new, far more complex vehicle. The construction of the new tank had to be delayed, and by May 1945 only a test batch of the new vehicle was completed. 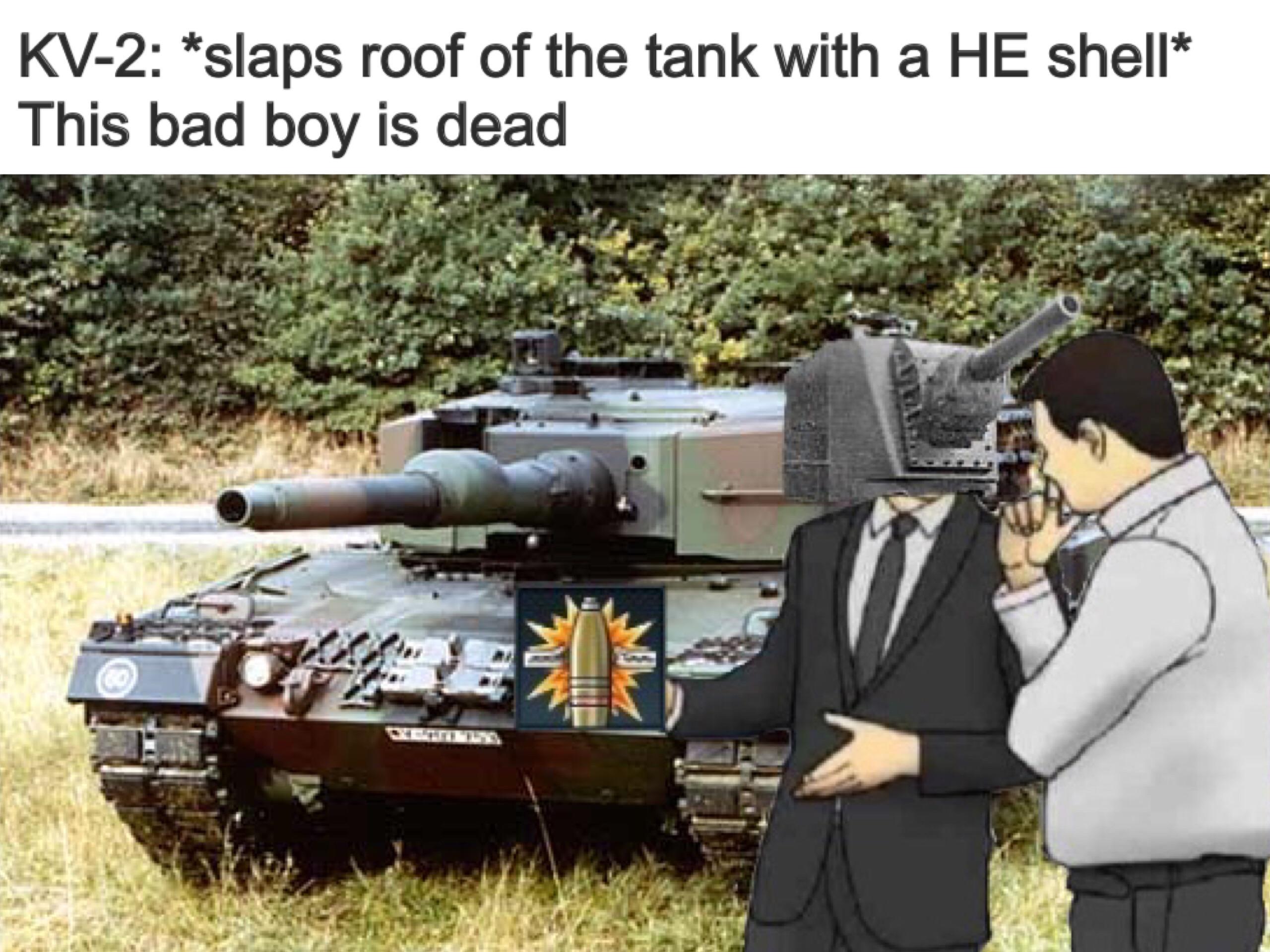 This, however, did not faze the USSR top brass. The new tank was presented to the world during the Victory Parade in Berlin on the 7th of May 1945, even though it did not participate in the fighting. The tank was a shock to many Western observers, who suddenly feared it would be the ultimate weapon in a modern battlefield. The reality, however, could not have been further from the truth. The IS-3s were found to be a very problematic tank – from constant breakdowns of the powertrain, armour cracks near the welds due to the stress to even problems with internal ventilation. The problem was quickly seen by the Red Army, which ordered a full recall of the IS-3 for repair and modernization. This program ran from 1949 to 1952, after which another modernisation to the IS-3M standard was carried out in 1959.

Because of the constant delays and problems, the IS-3 was too late to see the Second World War in Europe. A limited number of those tanks, however, took part in the Soviet offensive in Manchuria in August 1945. The IS-3 was later used by the Red Army during the suppression of the Hungarian Uprising in 1956, codenamed Operation 'Whirlwind'. IS-3 tanks were also used by Egypt in the Six-Day War; however, most of the 100 delivered vehicles were lost because of enemy fire and mechanical problems. With the advent of the T-55 Main Battle Tank, the Soviet heavy tanks were phased out from frontline service and moved to the reserve. 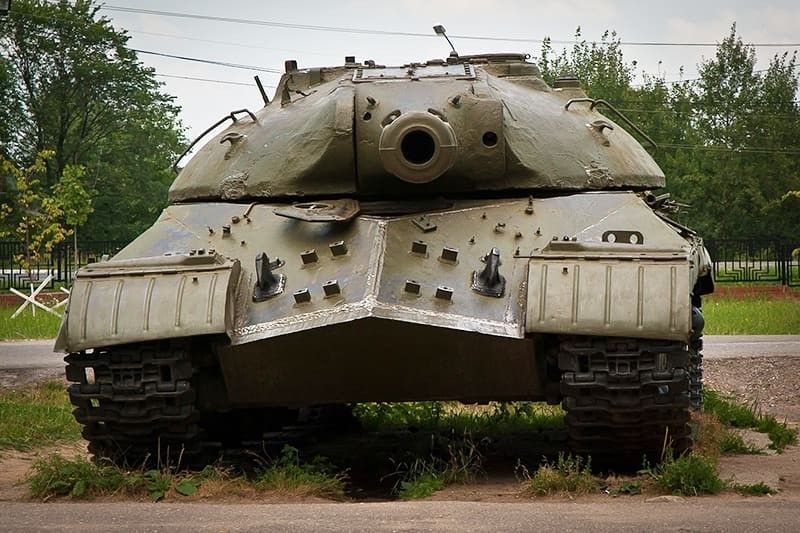 In War Thunder, the IS-3 is the Soviet Era V heavy tank. It has a Battle Rating currently of 7.0 in all game modes. The main armament of the IS-3 is the 122 mm D-25T tank gun, the same type as the IS-2 and the IS-2 Mod. 44 use. The main difference; however, is the ability to fire the B-471D APCBC shell. This type of ammunition can penetrate 227 mm of armour at 100 m range, which is quite a jump from the BR-471B ammunition, which can achieve 197 mm of penetration at 100 m range. The thickest armour of the tank is at the front – the 'beak' at the front of the hull raises the effective thickness of the armour from 110 to around 180 – 200 mm, depending on the exact spot. The turret front of the IS-3 is a also fairly well armoured, with 250 mm of heavily sloped armour equating to around 400 mm effective thickness. The side armour of the hull is 90 mm thick, with 30 mm of additional armour in the strip above the tracks. The IS-3 has a maximum speed of 38 km/h, with a 520 horsepower engine.

The primary drawbacks of the IS-3 are the lengthy reload of the gun and lacklustre 3 degrees of gun depression. Drivers of this tank should minimise their exposure time and constantly be on watch for any tanks that try to flank them. When it comes down to mitigating the effects of the unsatisfactory gun depression, an IS-3 driver should try to engage the targets on flat and level ground. While fighting the enemy, always try to present a completely non angled front to the enemy – angling the hull will actually decrease the effective armour thickness. The IS-3 will lead you to the IS-4M – the pinnacle of the Soviet heavy tanks in War Thunder.

With an upcoming update, we will add the

emblem of the Egyptian 4th Tank Division to War Thunder