Chidambaram, a widower and a father of 5 daughters is a writer at the registrar's office and is happily leading his life within his limited income.
His second daughter Saro (heroine) is very affectionate towards her sisters making them not realize the loss of their mother. Bose, Srinivasan’s nephew right from his childhood has taken Saro to be his life partner.
Manickam, a fatherless youth is brought up by his mother who is everything in this world for him. He doesn’t even allow his brother Selvam or his sister Nirmala to say or do anything against their mother’s wishes or hurt her in any way.
Manickam’s only aim in life is to make lots of money because he has seen his father die due to lack of money to even buy medicine. Manickam has an illegal affair with his owner's wife.
Manickam and Dhanam’s (Saro’s elder sister) marriage is decided. Under some circumstances Manickam is forced to marry Saro and Bose has to marry Dhanam much against his wishes.
Saro goes to Manickam’s house with great expectations but is scared by seeing the turn of events. She learns that Manickam cannot see anything being done or said against his mother’s wishes and the only person Saro relates with his her brother in law Selvam.
On learning about the illegal relationship between his wife and Manickam, the owner dismisses him from his shop. This is seen as Saro’s bad luck that she has bought into the family by her mother in law.
Manickam slowly comes up in life with the help of Saro’s relatives. Manickam’s ex boss develops a complex that Manickam’s business will effect the growth of his business and starts seeing Manickam as a rival.
Saro gives birth to a son but still does not seem to get good support from Manickam. Meanwhile, Saro’s two sisters Leela and Viji get married. Their father dies leaving the orphaned last daughter.
She tries to adjust herself with any of her sisters but it doesn’t happen forcing her to run away. Saro’s son sees the problems going on between his parents and starts growing hatred towards his father.
Saro feels that her son’s life will get spoiled due to their family problem. Hence she decides to put her son in a hostel. She feels alone because of her negligent husband.
Her only solace in life is her son and her brother in law. She is also busy in sorting out the problems in her sisters’ lives. Saro’s life is entangled in giving happiness to others but being unhappy herself.
She is torn between the love for her son and her inability to leave her husband. How she successfully solves the problems in her life forms the rest of the story.

METTI OLI SERIAL LAST EPISODE 810 - Since they have necessary wealth, which is necessary to solve or at least to bear the most of the problems. Evolution of Indian Television Serials 11. The entire plot of Metti Oli is about the daily happenings of Chidambaram's five daughters. The father is very patient and always remains calm in whatever circumstances, be it happy or sad. He often gets troubled by Rajam quoting the activities of Saroja, his elder daughter. Chidambaram is a land broker and he has great respect among everyone. Thirumurugan' directed Metti Oli and it is one of the many famous Tamizh serials telecasted on Sun TV. The serial, in fact, received a good response from its. Metti Oli (The vibrance of metti, an ornament worn by married women) is a Tamilsoap opera that aired Monday through Friday on Sun TV for 811 episodes. The Metti Oli team has been awarded several awards, including the Kalaimamani from the Tamilnadu State Government. The show is retelecast in (SGold) Moon TV from September 2018. 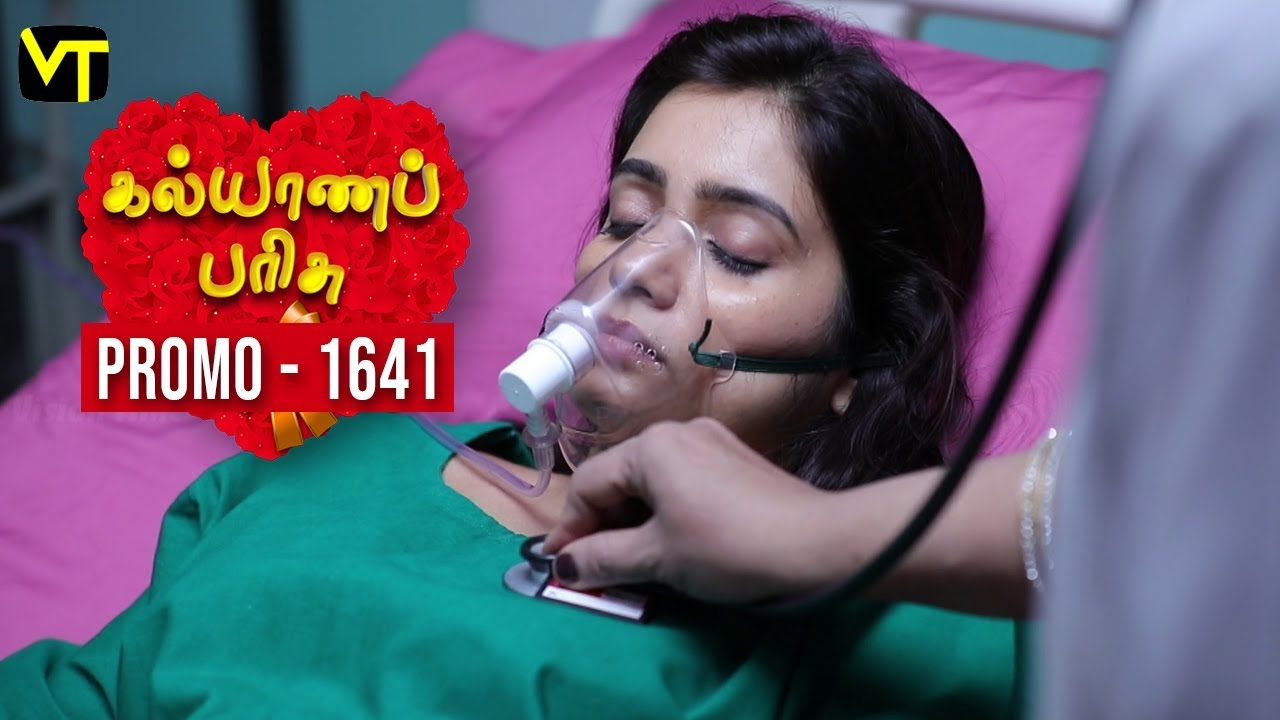 Saro being tested for her patience! With the fast forwarding, I see most of the families in the serial is settled well – with good big houses. Nila , Jun 12, This article needs additional citations for verification. It was also Dubbed in Telugu language as Mettala Savvadi aired same channel. Even this good man had bad messages — that his daughters go back to their husbands even if they were cruel, suspicious, vicious, tyrants. I liked the change in Saro’s character – it was an outburst of all the anger and patience she had within her!

Metti Oli Climax Metti Oli climax is nothing but the answer to all your questions I’m sure Shakti and Selvam will marry – otherwise the good soul Selvam as he is portrayed will leave no meaning to his character. I guess after all the children characters introduced, the crying has stopped. Jun 14, Tirumurugan asks her this in the roundtable, and she gives a fine answer– that is the Tamilnadu ideal — you can take the girl out of Tamilnadu, but you cannot take the Tamilnadu out of the girl. Its attaction lay in the fact that it portrayed lower-middle-class Tamilnadu, rather than the unrealistic palaces and lifestyles shown in brain deadening shows like Kanavarukkaga, Annamalai or Selvi. Nanimom Sep 10, Unsourced material may be challenged and removed.

This article contains Tamil script. Ditto with Selvam, until he reminds him that Chidambaram would have said something similar had he been alive.

But I don’t see much of changes in the characteristics or attitude of most of the characters. I liked the change in Saro’s character – it was an outburst of all the anger and patience she had within her! In these respects it was not only shallow but also retrograde. We used to discuss about it a lot in our circle of friends. View my complete profile.

Hi forum mates, Metti oli is a famous serial among the Tamilians living in Hyderabad. There is something very romantic and uplifting about that scene. No, create an account now. I lwst after all the children characters introduced, the crying has stopped. With the children the serial has become interesting.

Tirumurugan asks her this in the roundtable, and she gives a fine answer– that is the Tamilnadu ideal — you can take the girl out of Tamilnadu, but you cannot take the Tamilnadu out of the girl.

Hope atleast after 5years those who were bhafani crying stopped it, those always fighting too stopped it and especially the grumbling m-i-l of Saro reduced grumbling, if not stopped: SunTVian View my complete profile. Its attaction lay in the fact that it portrayed lower-middle-class Tamilnadu, rather than the unrealistic palaces and lifestyles shown in brain deadening shows like Kanavarukkaga, Annamalai or Selvi.

Manickam, Ravi, Ramesh, Sakti, Vijji and Gopi’s father really still behaved as characters, while Saro and Leela were giggling with some kind of fatigue induced by relief. I guess the director and Sun TV would have decided to extend it because of the fame it had among the public.

Your name or email address: Manickam announces that Selvam has decided to marry. With the fast forwarding, I see most of the families in the serial is settled well – with good big houses. Log in or Sign up.

He goes and fetches a huge photo of Chidambaram and shows it to her, marrlage places it in the middle of the group photograph. Not only the evil characteristics like Saro’s maamiyar and husband Manickam everlasting specimens: Saro being tested for her patience!

Manickam listens to his mother in silence as she goes on about the lonely state of Selvam and Nirmala, and urgest him to do something.

Bhavani’s marriage still remains a suspense – I never imagined Harsha would just slip off like this, the way he was shown to be mad behind her. Jun 12, 8. Like a Larry King getting together the cast of Seinfeld, some SunTV fellow was moderating, but the great thing was how the characters played themselves.

Hai all, Let’s discuss about what will be metti oli climax It used to be one of my favorite TV Serial and I used to appreciate it for the very practical story line it. Manickam and Selvam embrace in joy. Metti Oli also showed that wealth brings only money, not necessarily a change in attitude. Did you watch the recent episodes of metti oli?

The actual episode consists of little. Jun 13, 9. As social commentary, Metti Oli was not particularly ambitious. These days it is becoming very drab and always somebody crying: They go down, where a group photo is being taken. Yes, my password is: But I thought it was also realistic — money brings its own morality I can do anythingand lack of money too does the same kattuppadu, live-with-your-husband-no-matter-what.

Programs broadcast by Sun TV. Visasri Aug 12, e;isode No reaction from mother, although others are congratulating him, and the elders other than Rajam are wiping away tears.

Jitsi Meet Security & Privacy For us Fellow Jitsters, developing a platform our users can rely on is the most important thing. That means, amongst other things, we are very mindful of the security and. Jitsi Meet is a self-hosted open source software with video conference abilities. This video collaboration solution is a collection of various projects. It uses WebRTC compatible software Video bridge for high-quality video conferences. WebRTC enabled server is used to route video streams amongst members. Webrtc jitsi meet.