Unorthodox, the new Netflix limited series about a woman who leaves her Haredi life in Brooklyn for Berlin, has been entrancing audiences across the globe. People are truly obsessed with this TV show, which is gorgeous, meticulous, and features smoldering performances from stars Shira Haas and Amit Rahav.

Deborah published her story in 2012 with Unorthodox: The Scandalous Rejection of My Hasidic Roots. Two years later, she wrote Exodus. While the character of Esther in the show does not seem to have a child like Deborah did, the show will be similar to Deborah's own writings. Unorthodox drops on Netflix on March 26. Watch the trailer below!

But with only four episodes, the show has left many Unorthodox viewers with a taste for more. So what to watch next?

We’re here to help. If you’ve loved all the facets of Unorthodox, we hope you will like these movies and shows as much as we do.

If you want more positive and nuanced portrayals of religious Jews

“This is one of the movies that we all liked,” Alexa Karolinski, one of the producers and writers of Unorthodox told me, saying that when the Unorthodox team was doing research, they tried to watch movies and TV shows about Orthodox Jews as possible.

Fill the Void, starring Shtisel‘s Hadas Yaron, is one of my favorites, and as Karolinski says, it’s a tender film directed by Ruma Burshtein, who is herself a Jewish Orthodox woman. It’s a beautiful story about an Orthodox Jewish woman who is trying to navigate the world of matchmaking and marriage as she reconciles with the loss of her sister. It’s kind of like an Orthodox Emma; it’s melancholy, romantic, and hopeful.

The Wedding Plan is Burshtein’s second feature film, and it is just as delightful as her first. Noa Koler is an absolute revelation as Michal, an Orthodox woman in her 30s desperately hoping to tie the knot. After finding out her fiance doesn’t love her and calling off her engagement, she uses the date of her booked wedding hall as a sort of deadline to find a new match.

This 2004 feature film is a humorous tale of an ultra-Orthodox couple who are childless and broke. During Sukkot, Moshe, the husband, gets a visit from two men who remind him of his dark past. The film was written by and stars Shuli Rand, an Israeli musician who and actor who became a Braslev Hasid in 1998.

A charming, funny Jewish Orthodox version of Lysistrata, this movie is about a group of women fighting for their place — and their own balcony — in an Orthodox synagogue in Jerusalem, after a more conservative rabbi refuses to build one for them. It’s a religious and feminist delight! 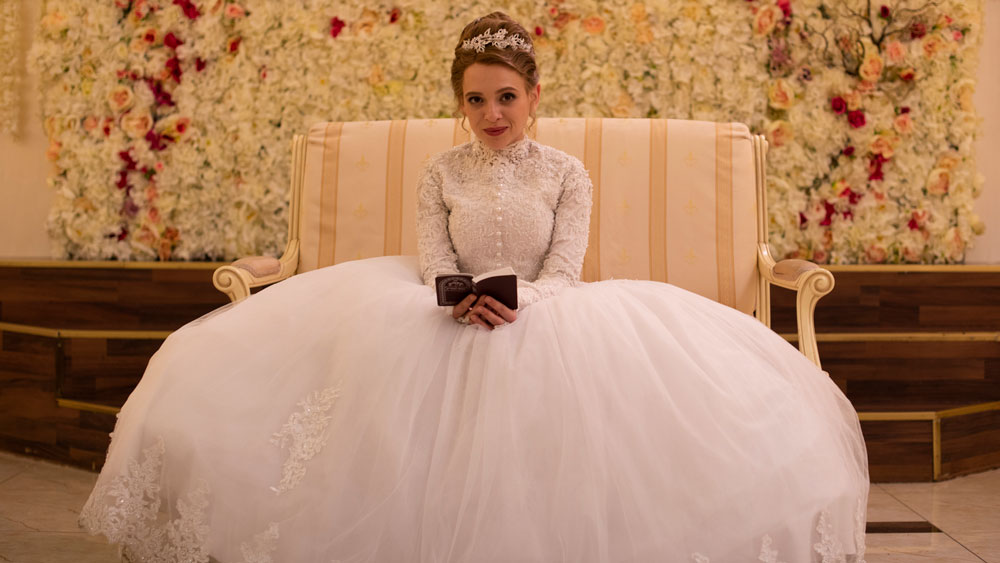 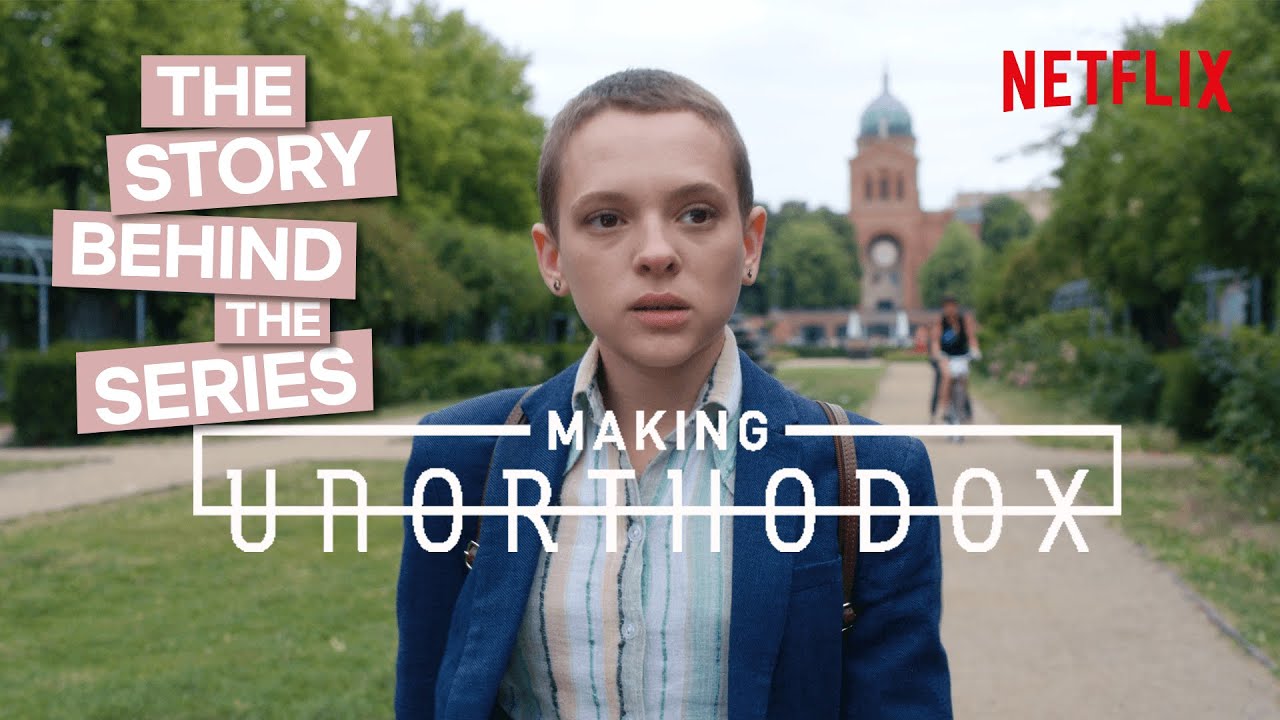 This lovely Yiddish language film stars Menashe Lustig, an ultra-Orthodox Jew playing a fictionalized version of himself. War thunder cross platform xbox ps4. After his wife dies, Menashe is separated from his son, whom he loves dearly. It’s a careful and emotional film, which was painstakingly shot over two years. The care with which the filmmakers sought to portray the Borough Park religious community is palpable, though to make it accessible to them, the movie does not feature any women’s faces.

Fiddler on the Roof (Amazon Prime)

OK, this is just me reminding you that Fiddler on the Roof is available to watch for free if you have a Prime membership. Not only is it a super important piece of Jewish culture, but it’s also a good reminder that so many of us not-so-observant Ashkenazi Jews did come from Orthodox Judaism in one way or another.

What can I say that I have not said manytimes before about Shtisel? What a show, what a cast (including, yes, Unorthodox‘s Shira Haas), what a special portrayal of ultra-Orthodox Jews that shows religious life in its beauty, humanity, and complexity. If you have not watched the show about the Shtisel family, drop everything and do so now. And if you have watched it already, take heart: The creators and cast of the show have confirmed that once the pandemic ends, season 3 will be in production, so that’s something to feel delighted about in these troubling times.

This TV show about a group of young national-religious singles trying to navigate life and romance in Jerusalem is a glimpse into a different kind of religious life that people outside of Israel may not be aware of.

This limited series tells the story of an Israeli TV and radio host, Alma, and her journey towards joining the Braslev Hasidic sect. It’s based on a book written by Noah Yaron-Dayan, who joined the sect herself, along with her ex-husband, Yuval Dayan. With a remarkable cast of Israeli musicians and actors, it’s a heartrending little show that’s definitely worth watching.

In Hebrew, Commandments is known as Kipat Barzel, the Hebrew term for the Iron Dome, Israel’s anti-missile system. But also a double-entendre since it contains the word kippah (which we call a yarmulke in Yiddish) in it. This powerful show is about a group of ultra-Orthodox and religious Jews who join a religious unit in the IDF, many against their family’s wishes.

In this dystopic show from Shtisel creators Ori Elon and Yehonatan Indursky, Israel is divided into two states, with a Haredi autonomy in Jerusalem, and the State of Israel, whose capital is Tel Aviv. It’s an impeccably produced fascinating exploration of the religious tensions in the Zionist state.

Based on a novel of the same name by Naomi Alderman, this movie takes place in the Orthodox London neighborhood where Alderman grew up. It stars our favorite Jewish mom, Rachel Weisz, as a queer daughter of a rabbi who returns to her childhood home and resumes an affair with her childhood friend Esti (Rachel McAdams), who is now married to her brother. This steamy movie is hard to peel your eyes away from.

One of Us (Netflix)

This documentary tells the painful story of people who have left ultra-Orthodoxy. It tells their struggles, which, as you know from watching Unorthodox, hardly end when they leave their religion. It’s an important document that lets those who have left their communities tell their complex stories in their own voices.

This film, which takes place in Montreal’s Mile End neighborhood, tells the story of Meira (Hadas Yaron of Shtisel), an ultra-Orthodox woman, who is married to Shulem (Luzer Twerksy, one of the subjects of One of Us) but falls for Felix, a non-Jewish man. Just like Esty in Unorthodox, Meira has a secret passion for music, which she bonds with Felix over.

A tale of gay love between an ultra-Orthodox butcher and a troubled young man, this award-winning film stars Zohar Strauss from Shtisel and iconic Israeli musician and actor Ran Danker.

Not technically a movie about a Jew who has left haredi Judaism, this movie is about a young boy whose natural curiosity is stymied by his haredi father, leading to tragic consequences. Made by David Wolach, himself an ex-Hasid, this haunting movie about patriarchal pride is haunting and transcends the confines of religion — it’s a heartbreaking exploration of what happens when our ideas of what we want our children to be and our parental love collide.

If you want more German history

This amazing German-American production created by Unorthodox‘s Anna Winger and her German husband, Georg Winger, tells the story of Jonah, an East German border patrol guard sent to be a spy in West Berlin. It also stars Maria Shrader, the director of Unorthodox. It’s truly excellent.

This trippy fictional show explores Berlin between WWI and WWII and depicts the rise of National-Socialism. It’s hard to describe in a couple of short sentences, but it’s truly one of the most unique, captivating shows I’ve ever watched. It’s beautifully shot and the talented cast is very easy on the eyes, which just adds to its appeal.

This German medical drama is not as exciting as The Knick, but it’s an interesting exploration of the German hospital that made history, recounting, among others, the story of Jewish-German Nobel winner Emil Behring.

If you want more bubbe

This documentary about Alexa Karolinski’s grandmother and her roommate and friend, Bella, is one I just can’t stop thinking about. Mixing recipes and banter with the tale of her grandmother’s survival and the details of her Jewish life in Berlin, it’s an eloquent and honest exploration of trauma and love.

If you want more Shira Haas

This captivating Israeli TV series from 2018 is actually about a Jewish cult leader with multiple wives. Haas stars as the leader’s 15-year-old granddaughter.

This tragic melodrama earned Shira Haas an Ophir Award, one of the biggest acting awards in Israel. Haas stars as the love interest of the film’s main character, a teen boy whose parents struggle with substance abuse and an eating disorder. It’s a dark, heartrending ride.

Haas plays a young Jewish woman named Urszula in this film, opposite Jessica Chastain, who plays a Warsaw zookeeper hiding Jews in the Warsaw Zoo during WWII. This film is based on the amazing true story of Antonina Zabinski and her husband, Dr. Jan Zabinski.

A Tale of Love and Darkness (Netflix)

Haas has a small role in this movie, based on the eponymous, semi-autobiographical book by Amos Oz. It was Haas’s opportunity to work with her biggest idol: Natalie Portman, who directed, wrote, and starred in the film. We hope these two amazing Jewish stars get to collaborate on something again soon.